“There is no failure. Only Feedback.”

More than half a year has passed since I’ve written here. Far too much has happened to cover in a single post, so I’ll just give some highlights and perhaps expand in the coming days.

When last we spoke I was training for the Philadelphia Marathon. Everything was going well, and I was beginning to feel like I was really ready. Then, during an easy long run somewhere around mile 18, my hip began to give me grief. A few slow, tentative runs after that confirmed my worst fear:I was injured. Now I can hear what you’re thinking, “He’s not new to the running game, and he’s a bit of a research nerd, so he did the smart thing and rested while cross training to maintain fitness.” And you’d be right. At least about the first two points. The third (most important) point was a miserable failure. Here’s what I actually did: zero running for nearly five weeks then run the marathon anyway. It’s actually not as bad of an idea as it initially sounds; Philly is unique in that the half- and full- distanced start together and run the first 13.1 together. Once reaching the halfway point anyone registered for the full can cross the line and be counted as a half. After speaking with (the legendary, amazing, incomparable) Missy Foy the day before at the Insulindependence symposium, I decided to go out easy and, if there was any sign of pain, bag it halfway. So I did exactly that, running a very comfortable 1:52 and feeling great. Once reaching the line there was never really a question: of course I would continue on. A mere 4 miles later I would come to regret that choice as my hip went again and I struggled to what I can only assume is the single worst positive split in human history. It was terrible. People looked upon me and wept. Children hid their faces. Dogs awkwardly turned away while pantomiming looking for a misplaced wallet. You get the idea. It was awful. Adding insult to (literal) injury somewhere around mile 20 my blood sugar absolutely crashed causing me to ingest every carbohydrate I could find while performing my death shuffle. 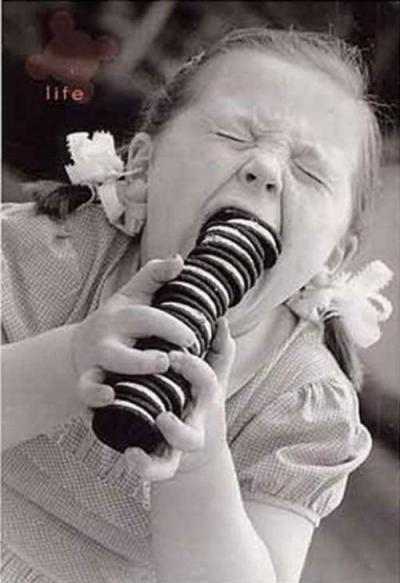 This paragraph of course is where I talk about what I learned from that experience and how I buckled down and took care of the injury, emerging later like some distance running butterfly from it’s cocoon. But that would be a lie. Instead I:

So to put my stupidity into perspective, from November through April I ran about 115 miles with only 12 of those miles being training. I was stuck in this horrible feedback loop and needed to break free.

So, with help from a friend, I did. I stopped signing up for races. I started running a few times a week. Nothing far and certainly nothing fast, but the most amazing things began to happen. My hip feels fine. The excess weight is beginning to come back off. My blood sugar is stabilizing. I feel better both mentally and physically. And, importantly, I’m remembering why I run.

2 Responses to Catching Up